Avalability: In Stock
0 Write a Review 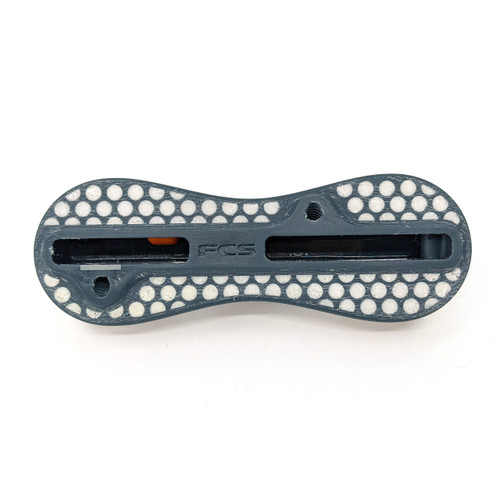 The FCS II Fin System System since its release has become one of the most widely used fin systems for surfboards and other surfcraft today. Efficient to use, keyless, removable fin system that allows the user to change or take out their fins in the matter of seconds.

No grub screws or keys to attach the fins to the board - so fins can be securely inserted and easily removed by hand in seconds, allowing the user to set up or quickly adapt their equipment to the conditions.Â  Built using a corrosion resistant titanium tension rod with a rotating, wear-resistant polymer barrel that locks the fin in to the box securely.Â  When a fin is inserted into the plug the barrel moves into place, aligning with a groove detail in the fin base - this locks it in place securely using a combination up and down pressure.Â

Â The plug is made out of a lightweight composite - providing a framework for the fin- plug to sit seamlessly under the layer of fiberglass on you surfboard or other watercraft. High density foam has been strategically placed throughout the plug to help reduces weight and maintain the natural flex of the glassed board.

Surf hardware have tested The FCS II Fin System over 4,000+ cycles (installing & then removing the fin), so under normal usage/conditions, the FCS II system will well and truely outlast the life of the board.